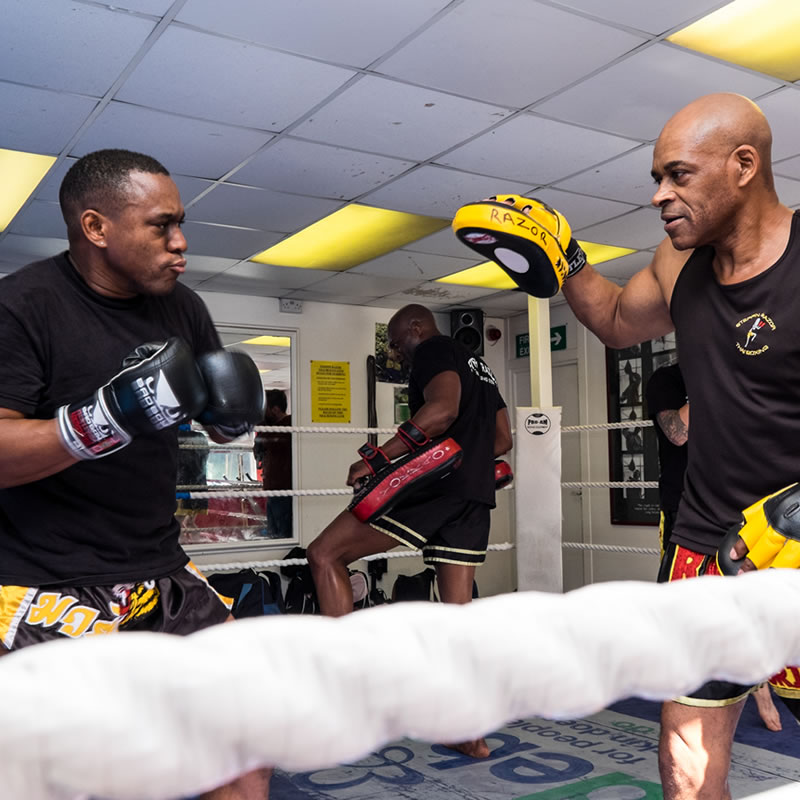 MOST RESPECTED FORM OF FIGHTING

Muay Thai is considered to be the ultimate stand up martial art. We will teach you the attacking, defensive, and evasive skills of this most admired and respected form of fighting. 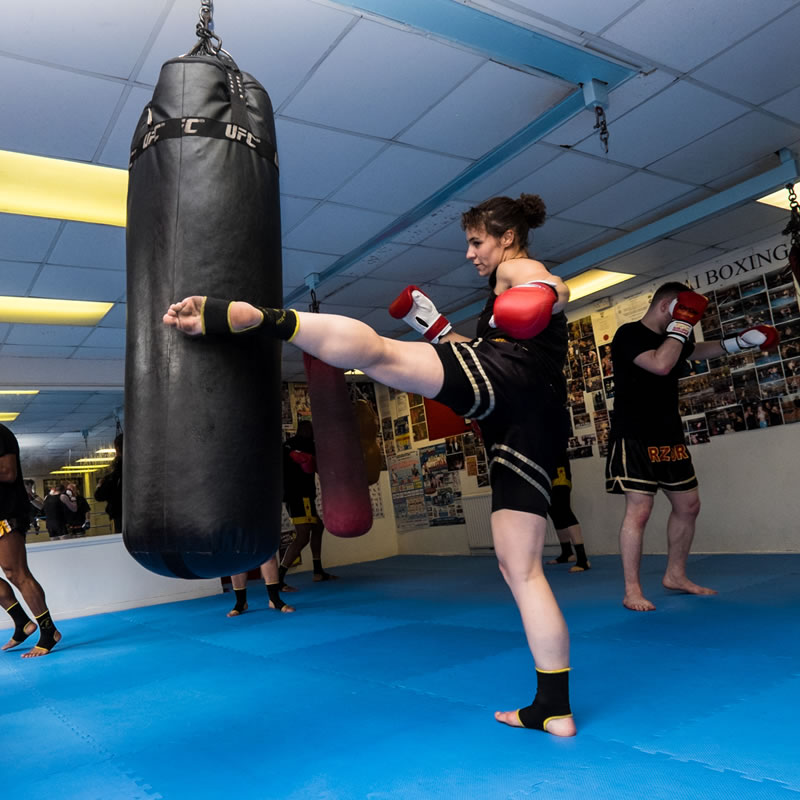 FROM BEGINNER TO FIGHTER

Under the tutelage of Steven Deane and David Riley, whatever your level of interest and skill, we can tailor the training to meet your needs, so that you can tap into your potential. 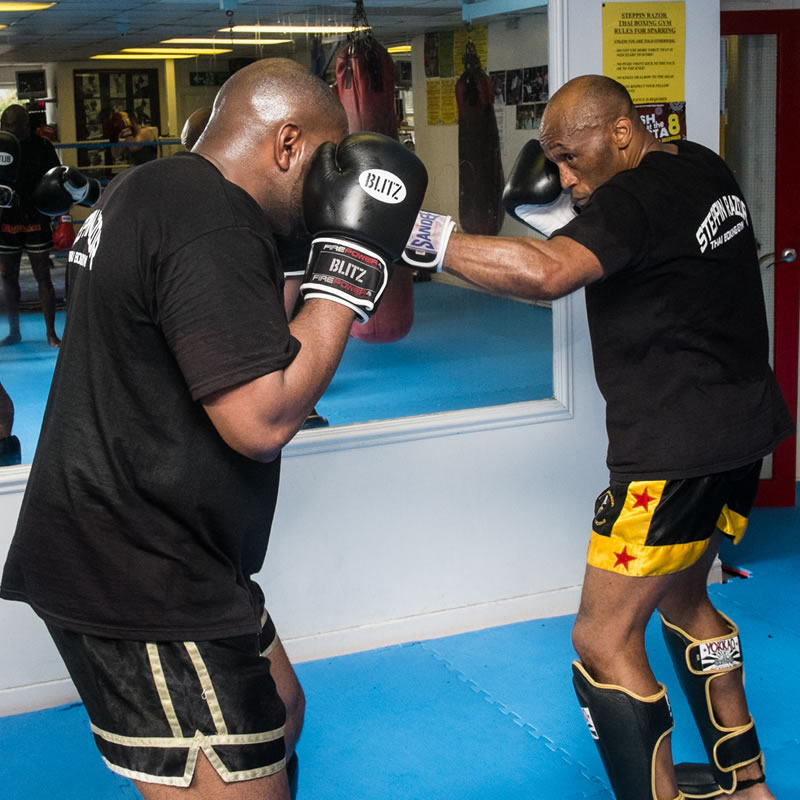 THE FIRST TIME IS ALWAYS THE HARDEST

The hardest part is walking into the gym for the first time. At Steppin Razor Muay Thai everybody is welcome, no matter what level you may be at. 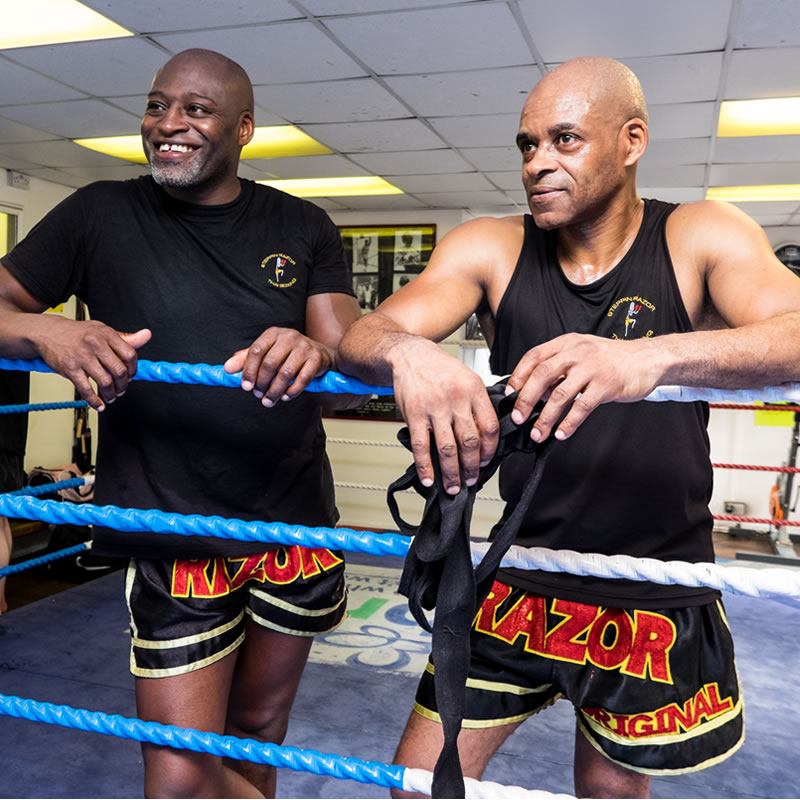 Steppin Razor Thai Boxing Gym was established in Leeds in 2000 by Steven Deane after training under, and then coaching alongside Richard Smith at the Bad Company Gym for many years.

Joined by fellow Bad Company student David Riley, they both have many years of experience in both coaching & fighting.

Steven started out in boxing as a school boy, and has been involved in Muay Thai since the early 1990’s.

David’s fighting career started under Richard Smith, Stanley Tudor & Steven Deane, and he has excelled as a fighter.

BEADS OF SWEAT PER SESSION

Muay Thai training is physically tough. If you want to learn a martial art and get fit, this is the sport.

Yes your arms and shoulders will ache…. but it’s worth it to learn how to punch correctly.

Have you often wondered how martial artists throw a kick? Come to a session and you’ll see how.

It only takes 1 session before you realise Muay Thai is the sport for you.

Still unsure? hit the button and get in touch.